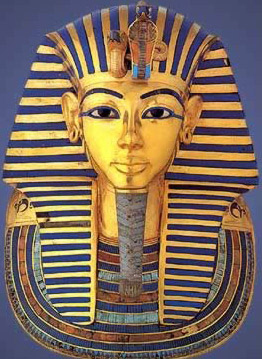 Ancient Egyptian Pharaohs wore an image of a serpent on their headdresses to symbolise having attained the state of Nirvana/Samadhi.

Kundalini is the Serpent that is mentioned in the book of Genesis. what the story tells us is that it is possible for a person to exist in more than one state. For it is said that in the beginning Adam and Eve were created perfect, naked and without shame.

The Serpent (Kundalini) had something to do with knowledge and ignorance.

When Adam and Eve fell from grace they fell into a state of ignorance.

The ancient Egyptians knew a secret that they perfected, that it is possible to reverse the process of the fall of man and to attain to the same state that Adam and Eve existed before the fall. This state is called Nirvana/Samadhi